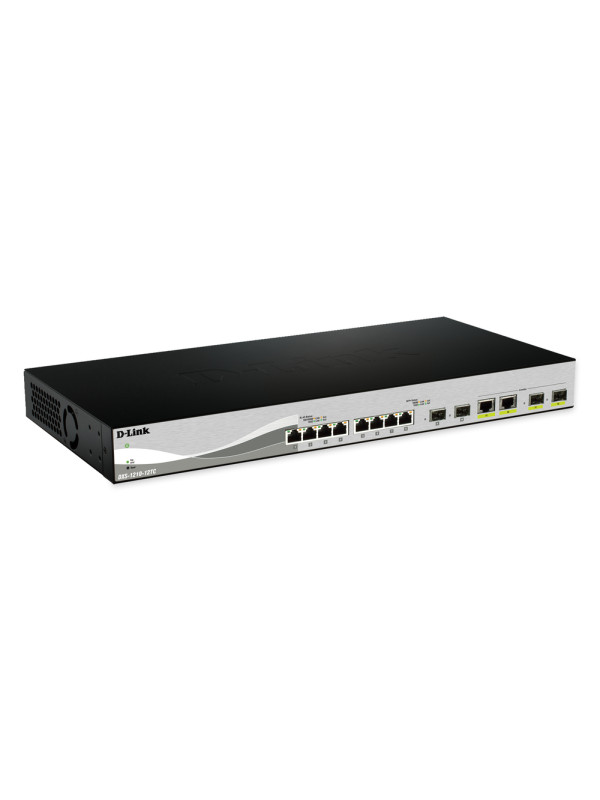 In stock
SKU
1A2785
Add to Compare
Be the first to review this product
Special Price $1,196.50 Regular Price $1,613.05
Location: United States
Notify me when the price drops
Email

Energy Saving
Incorporating D-Link Green technology, these switches are capable of powersaving without sacrificing operational performance or functionality. They feature built-in smart fans with internal heat sensors that monitor and detect temperature changes and react accordingly by utilizing different fan speeds for different temperatures. At lower temperatures, the fans run slower, reducing the switchs power consumption and noise. Link status drastically reduces power consumption by automatically toggling all ports without a link to sleep mode. The DXS-1210 switches take the approach to green IT one step further by incorporating a special chipset with advanced silicon technology for efficient use of energy.

Versatile Management
The DXS-1210 Series comes with the D-Link Network Assistant (DNA) utility that simplifies the configuration of devices that support the D-Link Discovery Protocol. The D-Link Network Assistant utility easily allows customers to discover multiple D-Link Smart Managed Switches within the same L2 network segment and displays them on screen for instant access. With this utility, users do not need to change the IP address of their PC. This utility further allows for simultaneous configuration and basic setup of all discovered devices, including password changes and firmware upgrades. The DXS-1210 Series also supports D-View 7 and Command Line Interface (CLI) through Telnet. D-View 7 is a network management system that allows for the central management of critical network characteristics such as availability, reliability, resilience, and security.