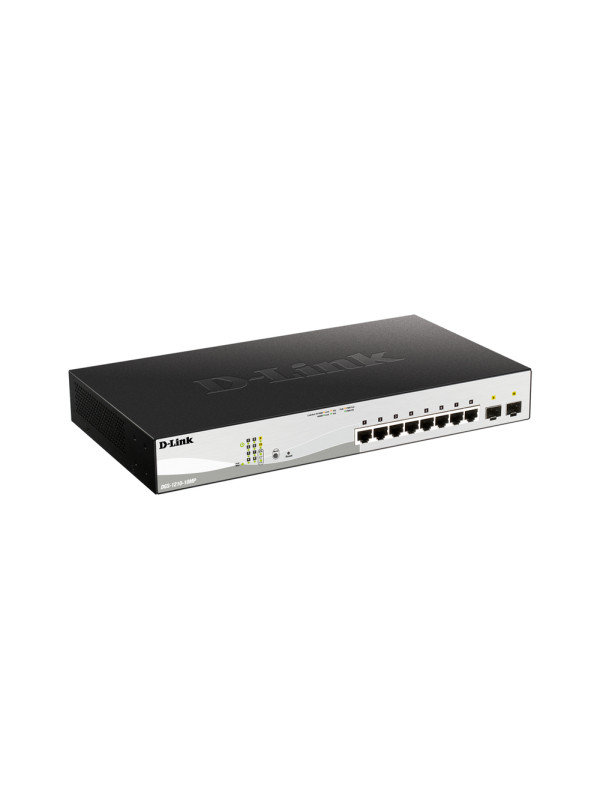 In stock
SKU
2GC913
Add to Compare
Be the first to review this product
Special Price $255.25 Regular Price $311.05
Location: United States
Notify me when the price drops
Email

PoE Support
Five of the eight models in the DGS-1210 series family support Power-over-Ethernet capabilities, simplifying deployments with IP cameras, VoIP phones, wireless access points, and other powered devices. These models include the DGS-1210-10P, DGS-1210-10MP, DGS-1210-28P, DGS-1210-28MP and DGS-1210-52MP. Using the switchs management interface, an administrator can control various PoE functions, such as remotely rebooting cameras or access points, from anywhere on the network, including over the Internet.
The switches also support time-based PoE an option that allows administrators to set a time window that determines when each ports PoE power is turned on and off. All PoE models support the IEEE 802.3af and 802.3at standards, and each PoE power budget varies per model.

Automatic Configuration
The DGS-1210 Series supports Auto Voice VLAN and Surveillance Mode, which allow voice and video traffic to be automatically identified and handled differently to regular network traffic. Auto Voice VLAN detects Voice over IP (VoIP) traffic and automatically segments it from the rest of the network, increasing security and allowing Quality of Service (QoS) to be applied.
Surveillance Mode detects compatible ONVIF cameras and places them in a surveillance VLAN, allowing a single switch to be used for voice, video, and data, removing the need for dedicated hardware and reducing maintenance costs. Surveillance Mode also includes its own Web UI, making surveillance features easily accessible and simplifying management of your surveillance network.

Versatile Management
The DGS-1210 Series comes with the D-Link Network Assistant (DNA) utility that enables administrators to remotely control their network down to the port level. The D-Link Network Assistant utility furthermore allows customers to easily discover multiple D-Link Smart Managed Switches within the same L2 network segment and display them onscreen for instant access. With this utility, users do not need to change the IP address of their PC. This allows for simultaneous configuration and basic setup of all discovered devices, including password changes and firmware upgrades.
The DGS-1210 Series also supports D-View 7.0 and Command Line Interface (CLI) through Telnet. D-View 7.0 is a network management system that allows for the central management of critical network characteristics such as availability, reliability, resilience, and security.